WV Cop fired for *not* killing a man 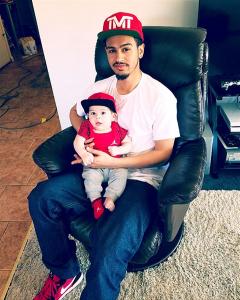 The Weirton, WV police fired Stephen Mader for not killing Ronald D. Williams Jr (pictured). Here is why American police, as an institution, are the enemies of civilization. Good cops are systematically forced out.

After responding to a report of a domestic incident on May 6 in Weirton, W.Va., then-Weirton police officer Stephen Mader found himself confronting an armed man.

Immediately, the training he had undergone as a Marine to look at “the whole person” in deciding if someone was a terrorist, as well as his situational police academy training, kicked in and he did not shoot.

“I saw then he had a gun, but it was not pointed at me,” Mr. Mader recalled, noting the silver handgun was in the man’s right hand, hanging at his side and pointed at the ground.

“I thought I was going to be able to talk to him and deescalate it. I knew it was a suicide-by-cop” situation.

But just then, two other Weirton officers arrived on the scene, Mr. Williams walked toward them waving his gun — later found to be unloaded — between them and Mr. Mader, and one of them shot Mr. Williams’ in the back of the head just behind his right ear, killing him.

In a meeting with the chief and City Manager Travis Blosser, Mr. Mader said Chief Alexander told him: “We’re putting you on administrative leave and we’re going to do an investigation to see if you are going to be an officer here. You put two other officers in danger.”

Mr. Mader said that “right then I said to him: ‘Look, I didn’t shoot him because he said, ‘Just shoot me.’ ”

On June 7, a Weirton officer delivered him a notice of termination letter dated June 6, which said by not shooting Mr. Williams he “failed to eliminate a threat.”