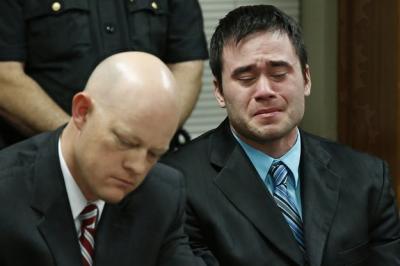 “He was aggressive, he was vigilant, and he was honest,” Adams said. “Without people like Daniel Holtzclaw patrolling the streets, what are we?”

“Safe,” one woman in the gallery was heard saying.

In a loud and passionate rebuttal, Assistant District Attorney Gayland Geiger said the idea that the women were just “a bunch of drug addicted lying convicted felons living on the East Side who got warrants, and they don’t even keep the same cell phone number, and they don’t have jobs, and they walk around in high-crime areas, and they’re out on the streets at 2 a.m.” was exactly what Holtzclaw “was was hoping you would think.”