Mass murder and the original meaning of "running amok" 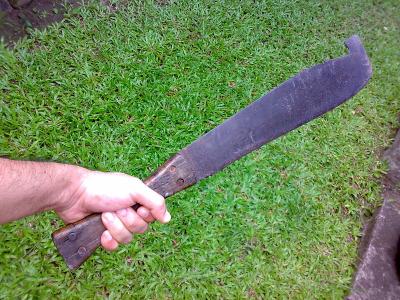 In the context of the recent uptick in public mass attacks in the U.S., it's interesting to consider the original meaning of "running amok". Violence is a cultural phenomenon with a spiritual dimension (by which I mean matters of transpersonal relationship, not anything supernatural), not a matter of the tools available to people.

Amok originated from the Malay/Indonesian word mengamuk, which when roughly defined means “to make a furious and desperate charge”. According to Malay/Indonesian culture, amok was rooted in a deep spiritual belief. They believed that amok was caused by the hantu belian, which was an evil tiger spirit that entered one’s body and caused the heinous act. As a result of the belief, those in Indonesian culture tolerated amok and dealt with the after-effects with no ill will towards the assailant.

Although commonly used in a colloquial and less-violent sense, the phrase is particularly associated with a specific sociopathic culture-bound syndrome in Malaysian culture. In a typical case of running amok, an individual (often male), having shown no previous sign of anger or any inclination to violence, will acquire a weapon (traditionally a sword or dagger, but presently any of a variety of weapons) and in a sudden frenzy, will attempt to kill or seriously injure anyone he encounters and himself. Amok typically takes place in a well populated or crowded area. Amok episodes of this kind normally end with the attacker being killed by bystanders or committing suicide, eliciting theories that amok may be a form of intentional suicide in cultures where suicide is heavily stigmatized. Those who do not commit suicide and are not killed typically lose consciousness, and upon regaining consciousness, claim amnesia.

An early Western description of the practice appears in the journals of Captain James Cook, a British explorer, who encountered amok firsthand in 1770 during a voyage around the world. Cook writes of individuals behaving in a reckless, violent manner, without cause and "indiscriminately killing and maiming villagers and animals in a frenzied attack."