No, there have not been hundreds of "mass shootings" -- unless you redefine the term 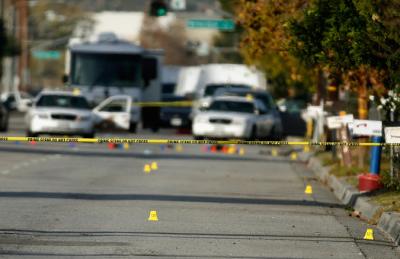 Mother Jones's reporting on guns and violence is often inaccurate. Even here MJ editor Mark Follman repeats the invalid complaint that Congress has prevented the CDC from researching gun violence -- criminal violence is the domain of criminologists, not disease experts. (The problem is that criminologists keep saying gun prohibition laws don't prevent violence, and so prohibitionists try to misapply methods from other domains to get the answer they want.) But he is spot on in this analysis of the problematic redefinition of "mass shooting".

How Many Mass Shootings Are There, Really? (www.nytimes.com)

On Wednesday, a Washington Post article announced that “The San Bernardino shooting is the second mass shooting today and the 35Or that a late-night shooting on a street in Savannah, Ga., yesterday that injured three and killed one is in the same category as the madness that just played out in Southern California.5th this year.” Vox, MSNBC’s Rachel Maddow, this newspaper and others reported similar statistics...[Y]ou could be forgiven for wondering how you missed more than 300 other such attacks in 2015.

At Mother Jones, where I work as an editor, we have compiled an in-depth, open-source database covering more than three decades of public mass shootings. By our measure, there have been four “mass shootings” this year, including the one in San Bernardino, and at least 73 such attacks since 1982.

What explains the vastly different count? The answer is that there is no official definition for “mass shooting.” Almost all of the gun crimes behind the much larger statistic are less lethal and bear little relevance to the type of public mass murder we have just witnessed again. Including them in the same breath suggests that a 1 a.m. gang fight in a Sacramento restaurant, in which two were killed and two injured, is the same kind of event as a deranged man walking into a community college classroom and massacring nine and injuring nine others....

While all the victims are important, conflating those many other crimes with indiscriminate slaughter in public venues obscures our understanding of this complicated and growing problem. Everyone is desperate to know why these attacks happen and how we might stop them — and we can’t know, unless we collect and focus on useful data that filter out the noise.